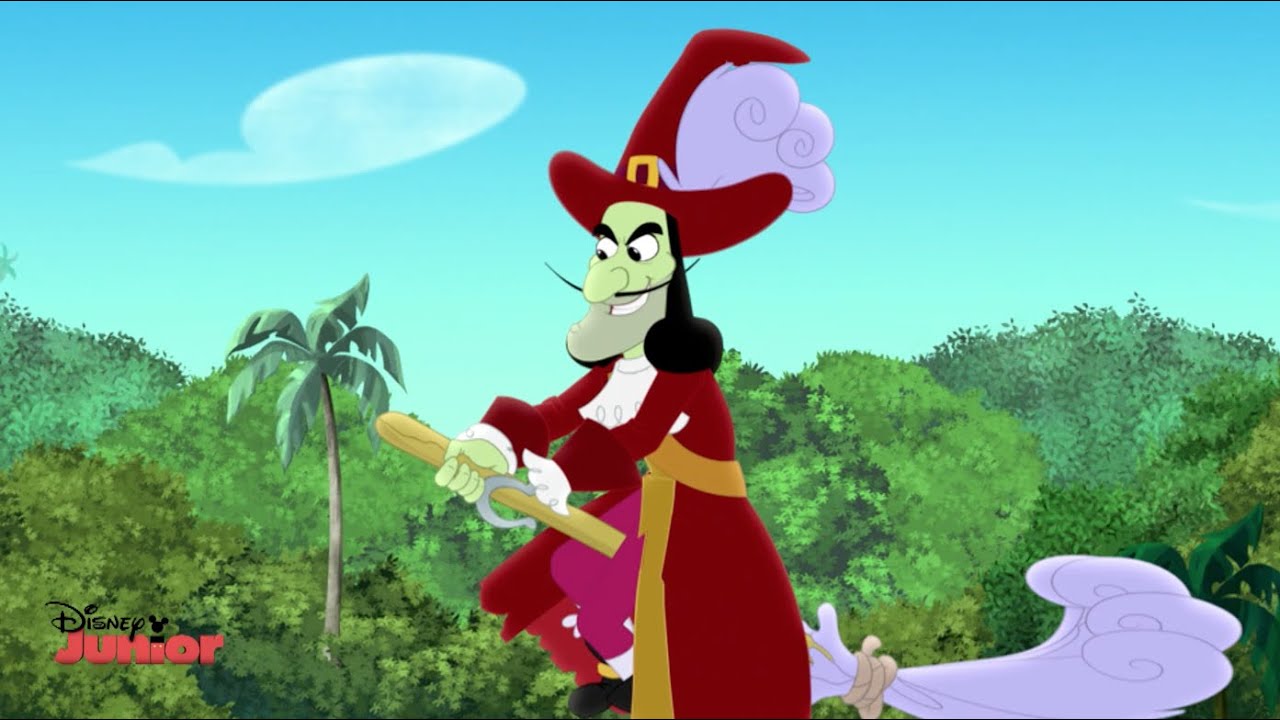 Oh no mateys, Witch Hook is flying around Never Land on his broomstick scaring all of the other pirates! Can Jake become the bravest pirate ashore and overcome his fear of Witch Hook?

Jake and the Never Land Pirates follows the adventures of Jake and his crew as he looks to collect gold doubloons in Never Land. Inspired by characters and the magical land behind the second star to the right in the Disney Classic Peter Pan, Jake and the Never Land Pirates features classic characters like Mr. Smee and Captain Hook who often get in the way of Jake’s plans. It’s always an adventure with Jake and his crew!

Jake and the Never Land Pirates has some fantastic songs to sing-a-long to including the theme song Yo Ho Lets Go, Captain Hook (Is a Cranky Crook), Talk like a Pirate and Roll up the Map!

• JAKE – Jake looks to collect as many gold doubloons as possible on each of his adventures. Often the one saving the day, Jake is both brave, skilled with a sword and an excellent friend to his crew mates.

• SKULLY – As Jake’s parrot friend, Skully does his best to look after the whole team and keep a watchful eye from the sky whilst they’re on their adventures.